My name is Victoria. I'm from Ukraine where I live in the beautiful city of Dnepropetrovsk. The Behappy2day website was recommended to me by my friend … 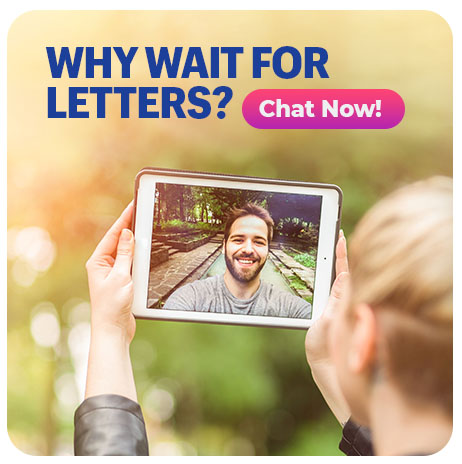 Holidays are almost here, so we added new Christmas section in Gifts & Flower delivery. Order your lady chocolates with flowers and her heart will melt. There are 4 combos to choose from to meet everyone’s needs. Make sure to order early so your gifts can be delivered on time. Happy holidays!

Holidays are almost here and that means gift shopping season is upon us. We’ve added 8 new items in perfume section of Gift & Flower service to give you more choices.

Video Call lets you see your lady live while talking to her. All you need is fast internet connection, webcam and a microphone. With our help you will be connected to your lady via video link and be able to see each other while talking at the same time.

Video Call gives you a unique opportunity to get to know your lady closer. See her reactions while she is talking to you. Video Call is a next best thing to meeting each other in person.

Price is $4.99 per minute with 10 minutes minimum purchase. You will be charged for at least 10 minutes of use, even if video session does not last that long. If you exceed 10 minutes, we will bill you for the remaining balance later. $50 refundable deposit is required.

We are offering this new service at introductionary price of $3.99, but discounted offer will not last long. Reserve your Video Call today!

Ladies who can do Video Calls Since opening its doors in 2000 BeHappy2day.com became a very popular place among local ladies to meet foreign men. Once the word got around we started to appear in numerous morning TV shows and gave many interviews on radio and in newspapers. Recently, TV station вЂњTVCвЂќ did a news video segment about our company; we thought it will be interesting for our website visitors to watch it also. This is a shortened version of the video. Enjoy!

As soon as we get through our favorite (smile) holiday Valentine ’s Day, there is another big day coming up: 8th of March is almost here.

For those of you who are familiar with this big Russian holiday we should not remind you how important it is to remember to wish your best wishes and share how you feel to that certain lady.

If you are new to Russian culture, we invite you to visit our 8th of March page to learn more about this major Russian women’s holiday.

This holiday is more important than Valentine’s Day, Christmas or New Year to Russian women. Majority of them rate this as second important holiday after birthday. DO NOT FORGET: Appreciation note, message or a phone call along with flowers is a must!

Be HER Valentine! Valentine's Day is coming...

Valentine's Day is comming on February 14! On this day people around the globe want to express their love and innermost feelings to their loved ones. Ladies put a lot of significance on this holiday and wait to receive gratifying signs of attentoin. Make an unforgettable impression to a lady by sending her flowers and chocolates with a note on this special day.

We have updated our Flowers & Gift Delivery service and included Velentine Specials for your convinience. Please order in advance so we can make the delivery on time.

Ever since communist took power in Russia in 1917, most religion expressions including Christmas were banned. But where there is a will, there is a way! Russian people re-invented New Year’s holiday to include a decorated tree and a “Santa Claus” like character called "Grandfather Frost" known as "Ded Moroz”. The Biggest Russian holiday was born!

Although Christmas is once again celebrated on January 7th, New Year holiday remains to be a dominating event for everyone in Russia. Holiday dinner is served before midnight and everyone waits to meet a new year. Right at midnight the most important clock in Russia (on Red Square) is shown on TV as it rings 12 times to announce the beginning of a New Year.

It is a popular tradition to give presents to everyone who surrounds you on New Year. Small or big, a present is a gesture of appreciation and respect. Co-workers, family and friends give gifts to each other and enjoy receiving them. Russian women take New Year holiday especially serious as they prepare a dinner and decorate the house and expect to receive a gift in return.

Show your appreciation by giving a gift of flowers or box of chocolates to your special lady. You will be surprised how much she will be touched and flattered to receive a present from you. We’ve updated our gift delivery service to include more gifts and flowers for you to choose from.

Have a great New Year holiday!

Christmas and New Year's Day are the greatest winter holidays of the year. The most beautiful Russian brides took part in our new festive presentation "Christmas Greetings". It was great fun for the ladies to create different images and play with Christmas accessories that conveyed the atmosphere of the holiday season.

View our Christmas Photo Gallery and pick your special lady!

Gift delivery got a HOLIDAY Facelift! Check it OUT!

Holidays are coming and many gifts will be delivered. We’ve updated our GIFT DELIVERY service just in time for the giving season. New Christmas section was added and new bouquets were included in Flowers. New Year is a major holiday in Russia; remember to wish your best to someone special! Nothing better than a gift of flowers will make your lady feel special and desired while showing your true intentions. Don’t forget to include a Photo Delivery, so you can share a moment when she receives your gift! 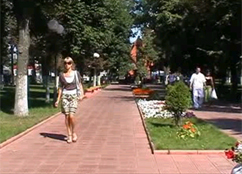 We are happy to announce the launch of “Tver Presentation Video”! Be Happy International main Russia office is based in the city of Tver, which has rich historical heritage, and also widely known for an abundance of beautiful brides. Every our client who visited Tver was satisfied with the services provided by Be Happy International, and with the gorgeous ladies he has met there. Watch the Video for Free Now! It will help you to get a general idea of the city before you visit it! Come and meet our friendly staff and enjoy our beautiful city!

Now you can use your email as LOGIN!

New feature lets you use your E-mail login to access your BeHappy member zone. From now on you don't need to remember your user ID to sign in, just enter E-mail address we have on file as LOGIN. Old user ID's still can be used as LOGIN.

Miss Summer 2008 beauty contest has ended and all the votes had been counted. Please proceed to contest page to view the results.
And the winner is…

Summer is a beautiful time of the year and we celebrate it with Miss Summer 2008 Beauty pageant! Many gorgeous Russian girls participate, but only one can a winner. And it is up to YOU to decide who is going to be this year’s Miss Summer 2008.

Proceed to Miss Summer 2008 page to read the rules and to VOTE for your favorite girl!

Travel to Ukraine & Russia with Be Happy !

We are expanding our line of products and now offer the following services in many Ukrainian and Russian cities. Now you can organize your trip to Ukraine and other Russian cities with the help of “Be Happy”! If you have any questions or requests, please send them to our Customer support. We will be happy to reply to all your questions and help you with travel arrangements.

Responding to numerous requests, we are updating our video function. Starting now, all new videos will be offered in two versions: High and Low resolution. Customers with faster internet connection can enjoy a bigger size screen and better quality video. FYI: Once purchased, video can be watched in both formats. 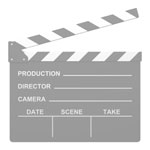 In our efforts to provide the best possible experience for you we would like to introduce a new exciting feature: Video Profiles. Now, you can watch a video of selected ladies who agreed to be filmed. Pictures and text provide a limited view at a tential partner, while video will give a comprehensive insight of a girl.

We are constantly working on adding new videos to our profiles.

Once you watch a video, it will be always available in “My watched videos” tab on your member’s menu.

Use this link to view ladies who had their videos uploaded to so far. Watch Videos

As soon as we get through our favorite (smile) holiday Valentine ’s Day, there is another big day coming up: 8th of March is almost here.

For those of you who are familiar with this big Russian holiday we should not remind you how important it is to remember to wish your best wishes and share how you feel to that certain lady.

If you are new to Russian culture, we invite you to visit our 8th of March page to learn more about this major Russian women’s holiday.

This holiday is more important than Valentine’s Day, Christmas or New Year to Russian women. Majority of them rate this as second important holiday after birthday. DO NOT FORGET: Appreciation note, message or a phone call along with flowers is a must!

It is that special time of year when men all over the earth show dedication, admiration or just surprise their ladies with a timeless gift of flowers and candy. Valentine’s Day will arrive on February 14th. Don’t forget to send your lady a valentine note with flowers, which she will certainly appreciate, cherish and remember for a long time.

You can use our convenient gift delivery system to send flowers, click on the link “Send a Gift” in girl’s profile.

In the spirit of Valentine’s Day we are pleased to present you 3 beautiful ladies who would like to help us to spread a joy of this popular holiday. Take a look at some photo shoot photos; we are sure you will enjoy them.